I am making some good progress but I am having some problems trying to use a pre-built map.

I have built a map using webgui and rviz then saved the map with:

Now I am trying to start with this saved map loaded. I have tried a few ways but mainly I have created a new .launch file based on demo_rosbot_pro.launch and added at the end:

This almost works … but it seems as soon as I ask it to do anything - and sometimes within a second of starting - the map reverts to the new, being-built-as-it-goes map, like i hadn’t loaded my map.

I can force the loading of my map with

while it is running and my pre-made map does load (in rviz view) but as soon as I try and move in my pre-built map, it reverts back to the new-being-built map.

So it is trying to load my pre-made map, but it looks like the 'making a new map as I go" task is still running and reverts when he has a change. Do i need to turn off the ‘make a map’ so it just works with the loaded map?

Also - probably not related but - I cant get 2D pose estimate to do anything. It prints:

in the window it was started in, but it doesn’t seem to be taking any action or attempt to re-locate with this.

Thanks again for your help.

When you use demo_rosbot_pro.launch, you are launching gmapping among other nodes. End effect is that map loaded by map_server gets overridden by gmapping.

To change that behaviour, disable gmapping in demo_rosbot_pro.launch. Find line

Only loading the map will not be sufficient, as you will probably also want to get ROSbot position relative to map. For determining position on static map, you could use amcl, please refer to amcl_demo.launch for example usage.

Can I just use 2d pose estimate to locate on the map? Except that doesn’t appear to work…

2d pose estimate itself will not be sufficient, it is necessary to use localization system like amcl.

I see another thread under software on the same point!

You might also see my post about the wheel rubbing which has been a major breakthrough in opertion and not getting lost.

Today I was able to make a good map of my house and navigate from one end to the other from the Webgui Launch running rviz. It was working MUCH better with the wheels not dragging.

I saved the map then launched again with the new launch file to load the map and activate amcl as you explained. The map is loading (in rviz) and 2D pose estimate appears to align the scan with the map - indicating pose estimate is working.

But navigation from there is terrible. There seems to be no attempt to locate (no sign of the scan data aligning to the map) and align. If I send it on a task the scan and trajectory in rviz just get totally lost and I cant seem to get it to do any successful localisation. re-issueing a 2D pose estimate can re-align the scan with the map - but then he is lost again.

here is my Launch file:

Are you getting any warnings or errors from AMCL?
What is the output of rqt_graph? 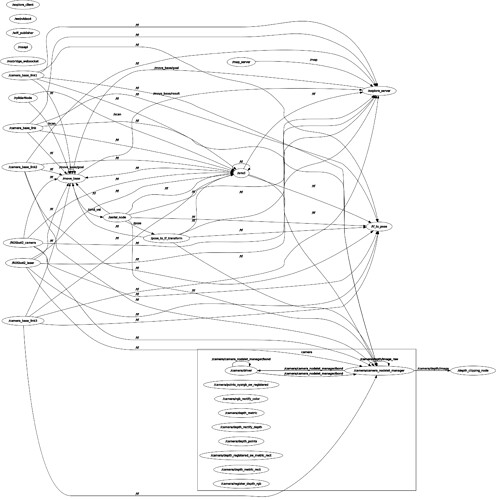 Here is the rqt graph. Can you read this OK? I am not sure how to attached the other file types (Being refused upload).

Where do i find the AMCL warnings and errors? I ran my start command through grep and the only amcl messages were;

I have grep’d a few of the log files but can’t see any warnings.

The rqt_graph is clear enough.
Warnings or errors could be visible in two places

I have filtered both the terminal output looking for amcl and can only see INFO:

I have also look at the main logs also with only INFO shown.

So i cant see any amcl errors or warnings.

Messages do not need to contain phrase “amcl” if they are regarding amcl.
You could filter if for “error” or “warning”.
Or better paste here full logs to check.

Terminal output and log file for amcl node (it will have amcl in it’s name).

I cant see any logs from amcl. I cant attach a ZIP so I have uploaded all the log files to a drive folder you should be able to see here: Logs – Google Drive

Thank you for sharing the logs, all of them seem to be correct.

Could you record and share a .bag file showing the issue? I will try to reproduce and debug it.

To record a rosbag use:

OK, I have captured a rosbag - wow it is a big file! I have ZIPed it (from 6GB down to 1.5GB) and you should find it here: https://drive.google.com/open?id=1hJi5Jv-cioF9YOru0kAW5swaapTreCSN

To create this I loaded my ‘mymap’ launch file then started rosbag. (This is webui just with the amcl added as above) I started rviz (via remote desktop) and used 2D pose estimate to locate the vehicle in my map. I got it very close first hit - the scan was very close to the map. I then set 3 successive Target Pose - quite close, just a meter or 2 down the hall. (I waited for each to finish before setting the next) It got progressivly more lost - you could see the scan diverging from the map, and by the 3rd it was more than a meter and 90 degrees out and completly lost. It seems to be making no attempt to localise.

FYI - I am a little suspicious about possible differential in the wheels/drive. I suspect it might not be going in a straight line when it wants to. Not bad - but when i use Webui to drive it doesnt seem to go super straight. I would expect this to be a small challenge though - and localisation should manage (Like it does quite well when building the map with the defaut webui).

I look forward to your thoughts. Thanks again.

I managed to investigate your rosbag and reproduce the issue.
Parameters for amcl may fail for some environments or maps. Based on your .bag file, I tuned amcl for your case.

Change your configuration to:

It will perform much better.

I have tried these parameters but it doesn’t appear much better. It might ‘lock in’ a few times (not certain but maybe), but quite quickly gets lost. Even though the scan looks close to the map - it doesn’t lock in (converge) as I expected.

I have tired a few different settings but not much changes. I will keep trying, but do you have have any suggestions on the key parameters?

Also, is there a way to confirm it is working and connected correctly - I am not seeing much change by adjusting parameters dramatically so I wonder if it is connected?

Thanks again. (and again …)

Most important parameters are:

They define how often pose will be updated.

There are much more parameters to tune, you can find them in official documentation.

In above example I changed only amcl params, all other data is from .bag file.
How far is your output from presented above?

With your proposed setting it got immediately lost, but I doubled the 2 update_min values and I am now getting pretty good localisation. This is certainly a much better base line so I can now do some more fine-tuning and comparison. As i type he is successfully navigating from one end of my house to the other… with the following amcl settings:

So this is looking pretty good.

Thanks for your help.